Are you frustrated at seeing your hitters:

Are you frustrated at seeing your hitters:

Were you equally tired of seeing:

NOW IS THE TIME TO TAKE PROACTIVE STEPS TO REDUCE THESE OCCURRENCES!

90% of the mistakes, errors and breakdowns in game conditions are not due to mechanical problems or tools but are due to a breakdown in the player’s skills of recognition, identification and visual concentration.

We specialized in evaluating and training player’s vision concentration skills in a manner that directly have a positive influence of “game time” performance.
Posted by Unknown at 2:26:00 PM 1 comment:

After being diagnosed with Choroidal Melanoma, (yes the Eye Guy with the Eye Problem) I underwent a procedure that radiated the tumor. Six months post op I am told that I am 20/20. Pretty good, right?

Now I can see enough to get away with everyday life and enjoy it.

I can play catch, I can shoot a basket, I can hit a ball and I can kick a ball

Like many athletes I don't like to be told I can't.  So when the show me white/black letters in a  small room.  I can make them out.

It is easy to see from the couch, or the stands

To get in the net, to step in the box, to score a touchdown  at I high level  I MUST see

Seeing in sport is not all about being 20/20.  Its the ability to process visual information and react with the appropriate action.

What I can't see is high level change in velocity, I can't see accurate depth,  I can't see HD detail.  All that is important to being a efficient and excellent athlete.

In my case I will not have the vision restored to compete at a high level nor do I need to. But for athletes out there that are trying to make it to a high level  this feature is trainable.( assuming no visual problems).

Aspiring athletes train their body why are they not training their visual skills?

Relaxation is the secret to results-under-pressure” Really?

What does it mean to Relax?

·        I told my wife to relax and she shut down all communication with me the rest of the day?

·        The Doctor told me to relax, I know I need to relax, but that pointed needle still freaked me out no matter how many deep breaths I took. 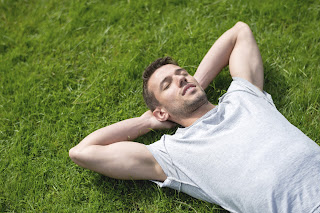 There are many ideas out there including deep breaths?  yoga, a focal point, a mantra and they may work.  Or do they work sometimes?

Relax to me is a overused word that has good intentions but almost always fails.

I also recently read a study that found that extreme sportsmen and women performed significantly better under physical and mental duress.   Was this because they were more relaxed under pressure than no pressure.  or were they more alert and less relaxed?

So there needs to be some balance?

I have often relaxed so much that I was not prepared for the action.  So If relaxing to little or to much be detrimental.  How do we relax the right amount?

I personally do not think relax is an action but is a reaction to controlling the elements.

Controlling the elements begins with first understanding pressure. To succeed at a high level, you have to control the pressure.  Using the pressure to create a Heightened visual awareness and reduce the Environmental awareness. 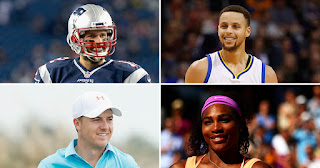 This Heightened visual awareness begins with being aware of the things they can control.  They one thing they were able to control was their task.  This task may be to react to a visual stimulus, to focus on a visual target, to hit, kick or throw an object to a specific target.

So my suggestion to you is do not relax,  ramp up your visual awareness to the task at hand.

The Baseball Vision Of Barry Bonds

The Baseball Vision Of Barry Bonds 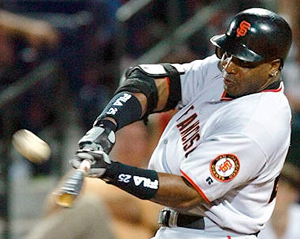 YOU HAVE TO WRITE A BOOK ABOUT THIS

In 1973, Kansas City Royals’ All-Star Second Baseman Cookie Rojas said to me, “Doc, I am now 34 years old. After playing some form of organized baseball for over twenty years, it is rather amazing that you have been able to teach me things about the game I never knew. Your ideas have helped me defensively, running the bases and as a hitter. I’ve also seen the positive benefits received by our Royals pitchers. You have to write a book about this.”

It took me 43 years, but I have now written that book. Actually it turned out to be three books. One book, “How2Focus: Like the Pros” is more historical about the ideas I introduced to baseball in the early 1970’s, how they were used by various coaches and managers, and how what was refined with George Brett and the Kansas City Royals was a factor in the San Francisco Giants, whose hitting coach Hensley Bam-Bam Meulens embraced the ideas, beating the Royals in the 2014 World Series.

As I wrote “How2Focus: Like the Pros” with an emphasis on the great experiences I had with a very progressive baseball organization and dynamic people—owner Ewing M. Kauffman, Syd Thirft, Mr. Kaufman’s  Executive Director for his very innovative Kansas City Royals Baseball Academy, hitting Guru Charley Lau, I realized I needed to additionally write about the many great baseball hitter’s I have had the privilege of imparting my ideas on the visual side of the game,

The second book, “How2Focus: The Hitter’s Zone” has a lot to do with how George Brett used the ideas, gave me feedback, and after refinement the ideas were used successfully by Rod Carew, Tony Gwynn, Barry Bonds, Jason Giambi, Mike Sweeney, Sean Casey, Shawn Green, Carlos Delgado and others.

In writing the second book, I reflected on the  many Major League Baseball pitchers I have had the opportunity to work with through the years. So a  third book resulted ,“How2Focus: The Pitcher’s Zone” which is about visual and mental side of the game methods introduced to Kansas City Royals pitchers Paul Splittorff and Mark Littell and eventually embraced by Hall of Fame pitcher Greg Maddux.

I trust the books will help many players reach their goals, help coaches enhance their coaching, and help parents understand what it is like for their child to play and how they can improve their baseball performance abilities.

I hope you enjoy 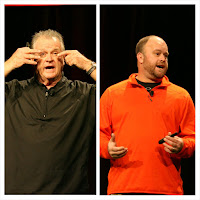 “How2Focus: Like The Pros,” by Dr. Bill Harrison with Ryan Harrison

Many consider the Harrisons to be among the premier minds for baseball performance enhancement as countless players prepare for their upcoming seasons with their SlowTheGameDown Visual Performance training program.  “How2Focus: Like The Pros” has stories that illustrate how many of today’s progressive athlete training programs had their initial introduction by Dr. Harrison at the Kansas City Royals Baseball Academy in the 1970’s and with famous Baseball Hall of Fame Star George Brett.

“How2Focus: Like The Pros” features narrative stories as it provides instruction, strategies and innovative insights for improving baseball performance. The development and original application of these progressive player performance methods are discussed and chronicled within never before told historical stories about the San Francisco Giants, the Kansas City Royals, the Royals Baseball Academy,  Edgar Renteria, George Brett, Frank White, Charlie Lau, Jack McKeon, Ewing M. Kauffman and Syd Thrift. Written for the purposes of giving you insights that will help you reach your baseball goals, the unique book features valuable ideas on “how to perform” from these interactions with numerous MLB players, coaches, a manager and an owner regarding effective techniques and approaches. In a unique twist you will learn what was developed in the Kansas City Royals organization prior to 2000 had an impact on the performance of the San Francisco Giants who subsequently beat the Royals for the 2014 World Series Championship. The Harrisons SlowTheGameDown™ training is not new or experimental.  Hall of Fame members, All-Stars, MVP’s, Cy Young Winners, Hitting Champions, Gold Glove Winners and Rookies of the Year have participated in these programs since 1971 when their work in professional baseball began with the Kansas City Royals. Baseball Hall of Fame star George Brett was among the first players he trained. Since that time they have worked with many MLB organizations, and many NCAA baseball programs.

“How2Focus: Like The Pros” can be purchased at www.SlowTheGameDown.com or Amazon

For more information about How2Focus: Like The Pros, please visit: www.SlowTheGameDown.com. You can also call (866) 627-5400. 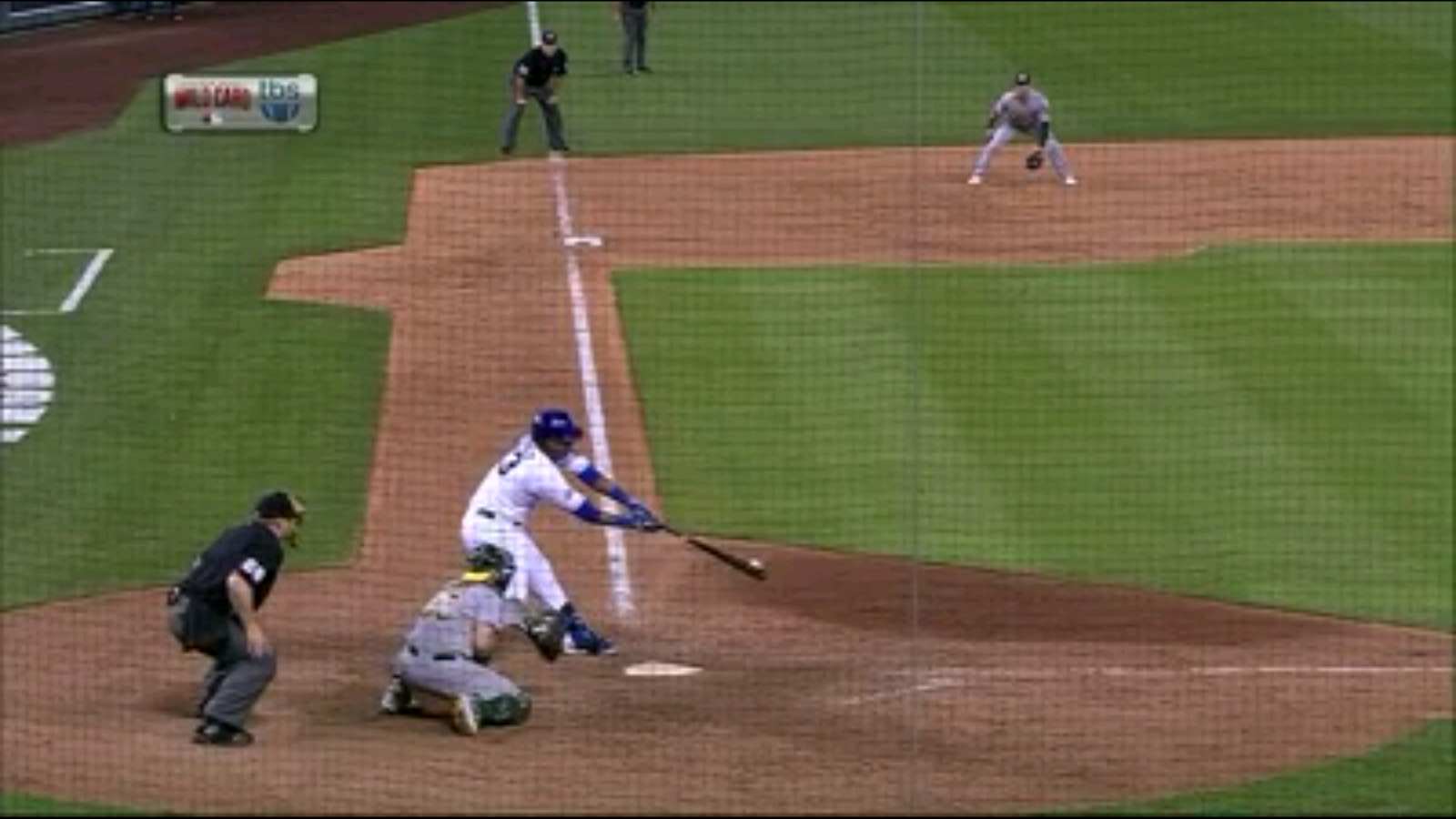 The game winning single was an amazing feat. With a runner on second, the Oakland Athletics decided to pitch Perez away.

Perez, who was 0 for 5 after squandering two late chances to drive in key runs, reached out and pulled a hard one-hopper past diving third baseman Josh Donaldson. Colon scored easily, and the Royals rushed out of the dugout for a mad celebration.

The pitch Perez hit from Jason Hammel was a low pitch that was 6-9 inches outside, a ball, and even pulled it down the third base line.

Perez’s stroke was far from classic. It wasn’t a type of swing that any hitting instructor would want his player to duplicate. 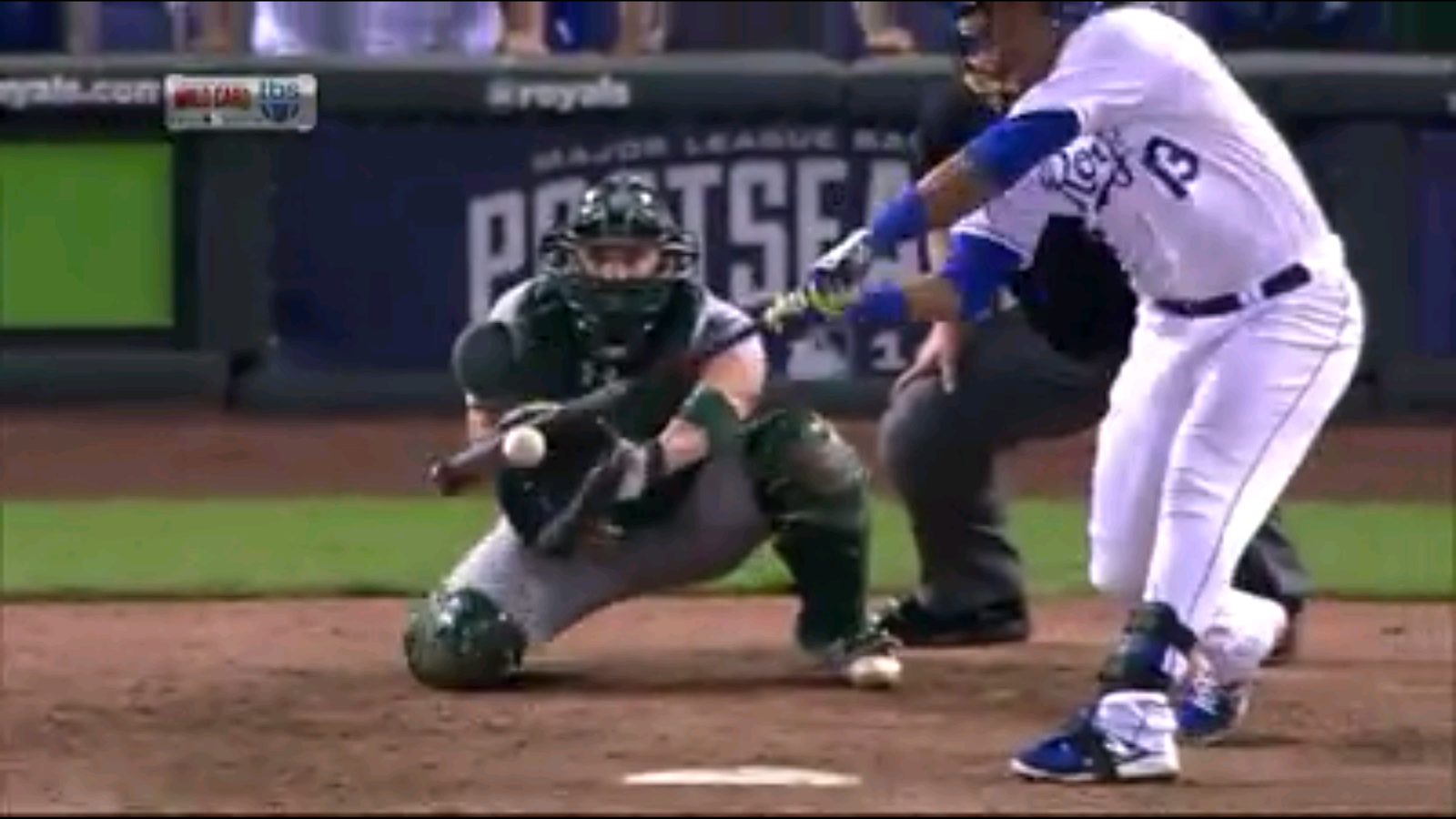 How is it that Perez could hit the ball as he did? Was it heart? Desire? Intention? Or was it a direct result that his eyes riveted on the ball?

His focus on the ball was superior.
Perhaps it occurred because Perez, like many players from the Dominican, played a lot of pick up ball, street ball, stick ball when he was a kid.  These non regulation games likely refined his superior eye-hand coordination. 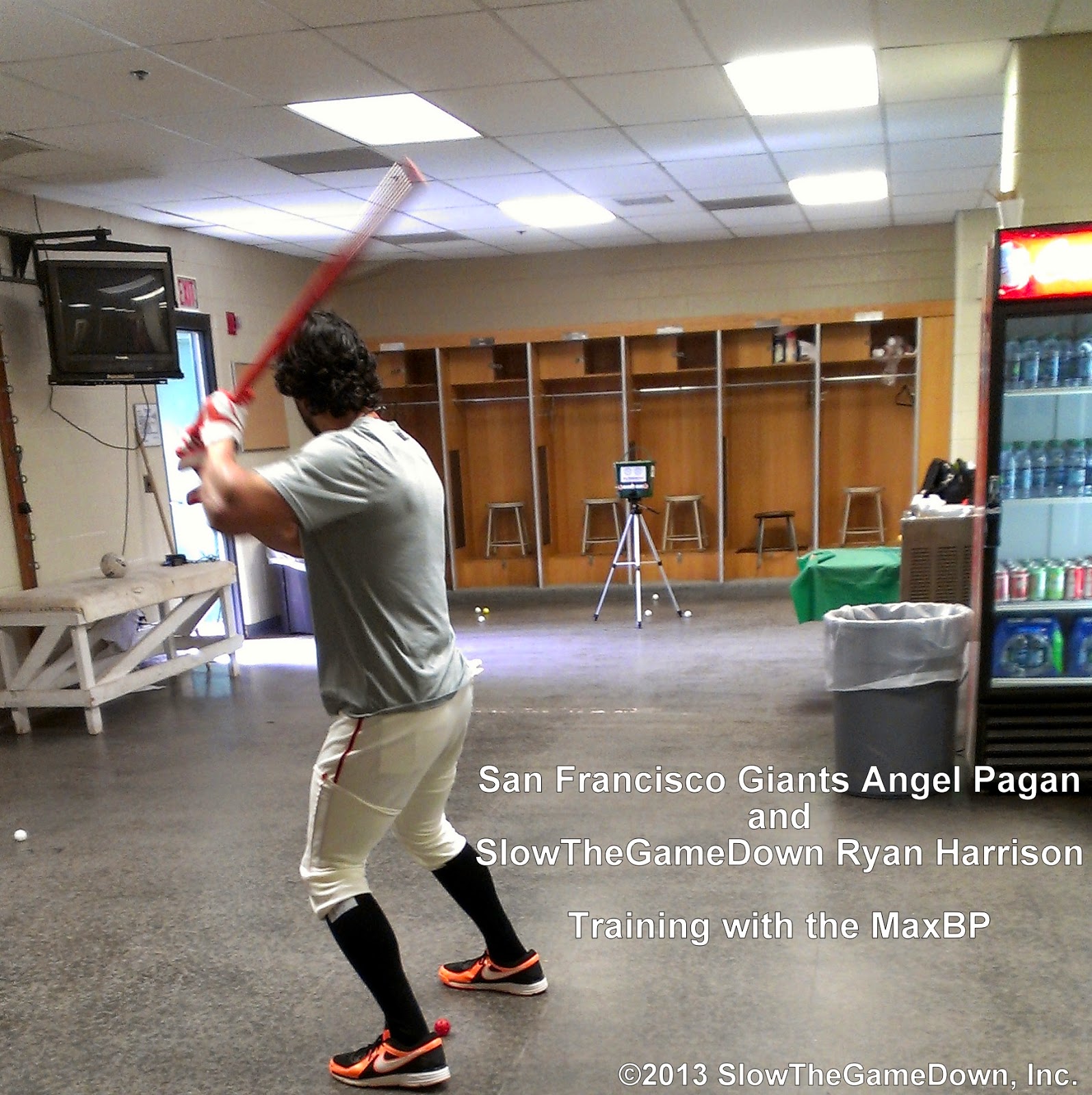