Look sharp: Vision is at a premium

05-23) 17:41 PDT -- Jack Cust is a simple guy with a simple approach. No need to get overly complex at the plate. No extravagant stances. No excessive movements. He lives by the see-the-ball-hit-the-ball credo and reminds us, "If you can't see it, you ain't gonna hit it."

It doesn't get any more basic than that.

But first you have to see it.

Cust, in his third season with the A's, underwent Lasik surgery in 2000 because his contact lenses bothered him on the field. Teammate Ryan Sweeney had Lasik surgery last winter because the ball looked blurry when he was at the plate, especially when the Oakland wind kicked up. 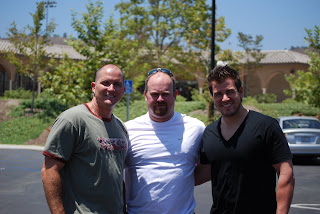 Pitcher Dana Eveland, now with Triple-A Sacramento, has had trouble seeing the catcher's signs and plans to have the procedure after the season.

Then there's the hazy story of Braves catcher Brian McCann.

McCann had the surgery in 2007 and enjoyed his third straight All-Star season in 2008. But this year, he experienced a regression, which happens with some Lasik patients, and suddenly had trouble tracking the ball once it left the pitcher's hand.

He was hitting .195 his first 13 games and placed on the disabled list with lousy eyesight. He tried several sets of contacts. None worked. His eyes were irritated, and so was he. Fans wondered if his career was in jeopardy.

Finally, he was fitted with prescription glasses - which he'll wear when the Braves visit San Francisco for a series beginning Monday- to get his troubled left eye on par with his right. Because the glasses fog up when he's catching, he uses them only when hitting. Since being activated May 8, he's batting .364 in 13 games.

Lasik surgery is supposed to make glasses unnecessary, but not all sets of eyes are created equal. It's possible McCann will have further surgery (an enhancement) after the season to re-correct his vision.

"There is some risk to Lasik, as good as it is," said sports optometrist Bill Harrison, not speaking specifically of McCann, though Harrison has worked with Braves players since 1991 and others over the years, going back to George Brett.

The left-handed Eveland is looking forward to getting his eyes fixed. He opened the season in the A's rotation but produced a 7.40 ERA in six outings and was demoted to Sacramento, where his ERA through three starts is 6.61.

Not that his struggles are a direct result of his deteriorating vision, but it can't help.
Eveland wears glasses in the clubhouse and in pregame drills, and wears contacts when he pitches in a game or throws off a bullpen mound. He said his vision worsened from last year, when he wore no glasses or contacts even though catchers painted their fingernails or chalked their fingers so he could see the signs better.

He said he has no vision problems this year.
"I didn't realize how bad it really was. When I had my eyes checked before spring training, the doctor basically told me my eyes are so bad that I probably shouldn't even be driving," Eveland said. "Now, when I don't wear the glasses or contacts, I feel like I'm completely blind. I get dizzy sometimes.

"I didn't want to have (Lasik) done in spring training and have issues with it. I thought it would be safest when the season ends."

Cust struck out 197 times last year, an American League record, and connected with Harrison, a Cal grad, in an attempt to cut down on the K's. Harrison examined him and set up eye exercises, and Cust notices a little improvement. He's still striking out a lot but not as much. He's on pace for 171.

"I am seeing breaking balls better," Cust said. "Maybe it's because of that. It's hard to tell. It's not drastic. At the end of the year, we'll look at it and see. But I recognize the pitches pretty well."

Cust has no regrets about having surgery, but he's still sensitive in some conditions.

"I don't really like playing at stadiums with a lot of lights flashing on the scoreboards," he said. "Toronto's kind of weird. It's not just the lights, but all the extra stuff going around. It leaves a little bit of a haze."

E-mail John Shea at jshea@sfchronicle.com.
This article appeared on page C - 6 of the San Francisco Chronicle
Posted by Unknown at 9:47:00 PM